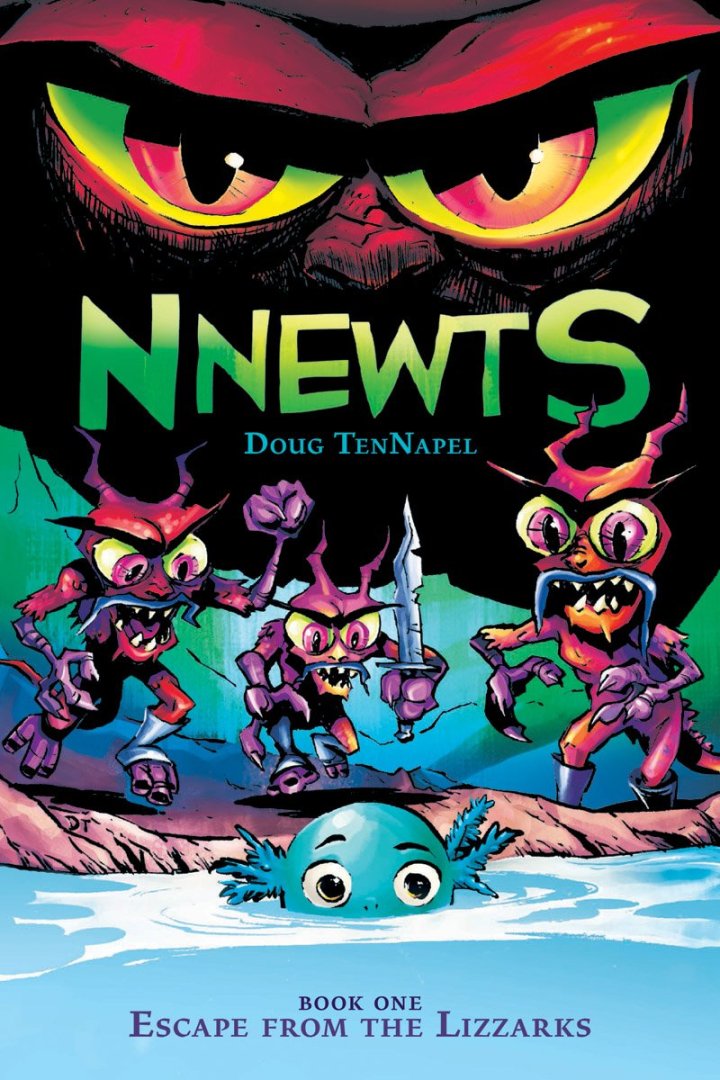 Graphic-novel fans, rejoice: Author-illustrator Doug TenNapel (Ghostopolis; Bad Island) has created another a classic adventure story with Newts, the first of a proposed series featuring a young amphibian named Herk who overcomes adversity to win the day. Herk isn’t like his counterparts; stumpy, misshapen legs keep him from joining his able-legged friends hunting and playing. Relegated to the baby pool, the boy creates fantastic imaginary scenes under the watchful eye of his protective mother, until one day their village is attacked by Lizzarks, a warring reptile tribe.  Herk’s parents die in the attack, but he escapes, and while navigating this strange and mysterious world, he makes friends, overcomes his disability and demonstrates that brains triumph over  brawn.  TenNapel’s expressive illustrations of Nnewts, Lissarks and other magical creates fills the pages and will completely enthrall comic aficionados.