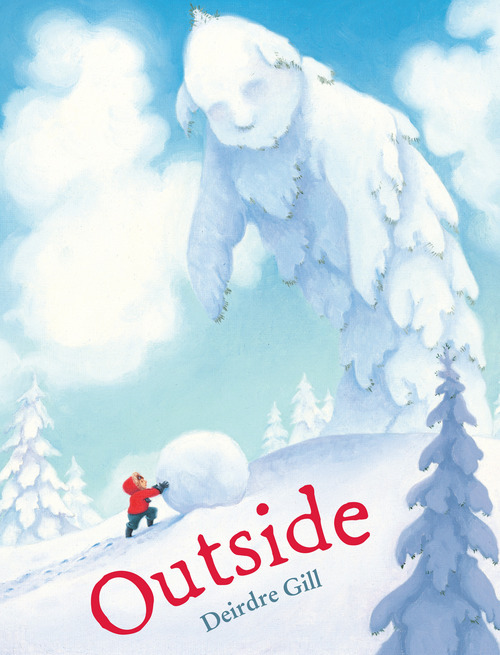 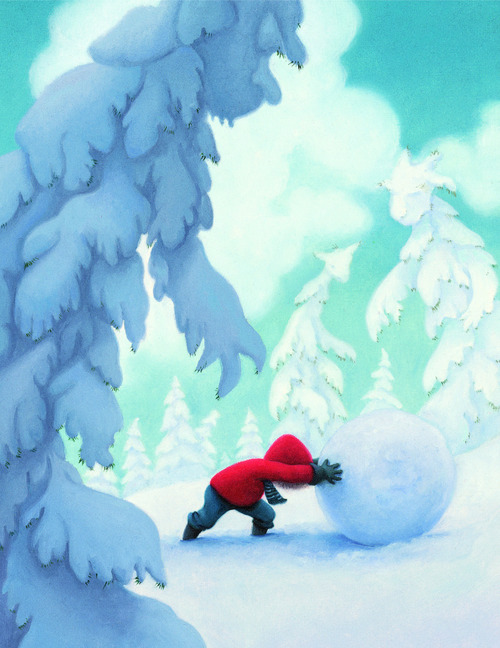 What’s a boy to do when his older brother won’t join him in wintery fun outdoors? In author-illustrator Deirdre Gill’s charming picture book debut, the child ventures out alone, and builds a grand, icy fantasy world. After constructing a castle, a gentle snowman and a fire-breathing dragon, he embarks on wondrous imaginary adventures. Gill’s large oils on paper are inviting and, despite large swaths of snow covering most pages, warm. The text is minimal, but sonorous and spare enough for young readers to follow along with ease, and adult readers may notice the subtle homage to Ezra Jack Keats 1962 Caldecott winner The Snowy Day. The plucky protagonist’s imagination will likely provide inspiration to readers who find themselves staring out their own windows this winter, wondering what happens when they take that first step.