Lots of books on war appeared recently–these three are worth a look:

Dogs make excellent soldiers and loyal companions. In MWD, Liz serves in Iraq alongside Ender, her faithful military canine. After completing her tour, Liz returns to her quiet New Hampshire town, but resuming civilian life is tougher than it sounds. Unable to deal with inner turmoil stemming from life on the battlefield, Liz turns to binge drinking and other reckless behavior, but her run-in with a stray dog named Brutus proves a powerful first step towards getting back to normal. A dizzyingly poignant account of a soldier’s physical and psychological trauma and how she heals. Note: MWD is for mature readers–sexual violence, rough language, and battle scenes are purposefully raw, sharp, and cutting. Have a box of tissues at hand–you will need it. 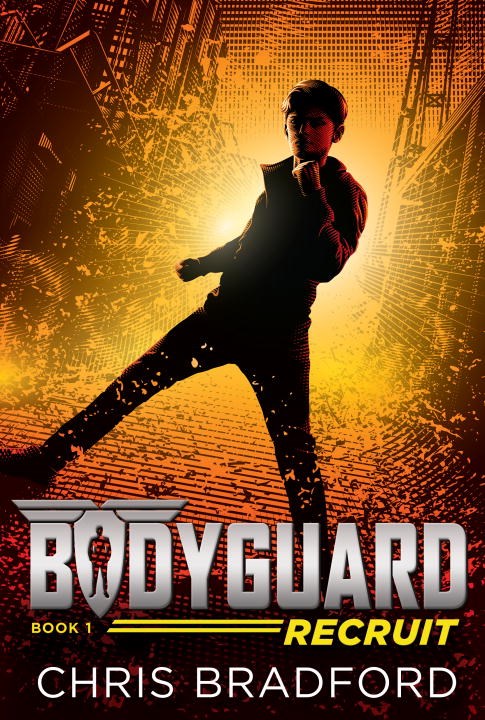 Until now, the only way to get your hands on the wildly popular Bodyguard series was to go to England or pay hefty postage fees to get them stateside. As of May 9, the first of Chris Bradford’s high-octane adventures starring Connor Reeves became available to American readers. In Book One, Recruit, fourteen-year-old boxing champion-turned bodyguard Connor is enlisted to protect Alicia Rosa Mendez, the reckless teenage daughter of the American president. A terrorist sleeper cell has plans to kidnap Alicia, and it will take all of Connor’s skills to keep her safe. Fans of Bradford’s Young Samurai stories will find much to enjoy here. Books One through Four in the Bodyguard series will be published throughout the summer, so be prepared for some serious binge-reading.

Paul Janecsko’s follow-up to The Dark Game explores the history and evolution of deception techniques like camouflage, concealment, and substitution from the Trojan War through the Gulf War. Thoroughly sourced (though Ian Kahn’s Codebreakers wasn’t consulted, surprisingly), Deception Techniques proves an excellent nonfiction resource that exposes the secrets of surveillence, counter-intelligence, and other forms of military strategy.