“Since my earliest recollection, I wanted to be a newspaper reporter and I cannot tell you why.” –Odd McIntyre

At the height of his career, Oscar Odd McIntyre (1884-1938) reached millions of readers across America and Europe through his daily column that chronicled the glittering spectacle that was Manhattan of the early twentieth century. Odd’s “New York Day by Day” was syndicated in over 400 newspapers in the 1920s. His prolific output and widespread popularity more than paid the bills; Odd’s daily columns brought home an estimated $200,000 a year–no small potatoes in 1920 or 2017.

How this shy, high-school dropout from Gallipolis, Ohio, went from scraping by to hob-nobbing with the likes of Rudolph Valentino and Charlie Chaplin is the captivating topic of a recently published biography by R. Scott Williams.

An Odd Book: How the First Modern Pop Culture Reporter Conquered New York is actually a dual biography: the first chronicles Odd’s hard-fought battle to the top of the newspaper world, aided in no small part by his enterprising wife, Maybelle. The second is a parallel examination of the rise in power and influence of newspapers in the first half of the twentieth century. Media tycoons W.R. Hearst, E.W. Scripps, Joseph Pulitzer and others ushered in the golden years of journalism and the newspaper industry. The fierce competition between various newspaper outlets created the perfect environment to support Odd’s prolific career. 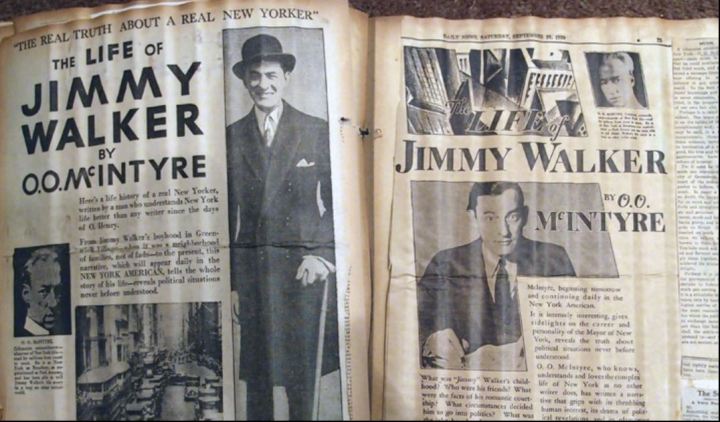 After Odd died in 1938, the man who chronicled many of the major cultural events of the early twentieth century fell quietly into oblivion. Though this is not the first biography of the newsman–the first was written by Odd’s longtime editor and biographer, Charles B. Driscoll–little has been written about Odd until now.

As the chief operating officer of sales and marketing at the Newseum in Washington, D.C., author R. Scott Williams seemed uniquely suited to resurrect Odd’s story for a new generation. “Basically, I liked the way Odd wrote. I also liked the path he took to fame and the struggles he was up against.” (Odd was a notoriously terrible speller, suffered from severe anxiety disorders, depression, and likely undiagnosed pernicious anemia.)

Rather than pursue a traditional publisher, the author chose to create his own imprint (R. Scott Williams) and self-publish. The concept of a midlist author is practically nonexistent these days, with the big publishing houses throwing all of their resources behind established, “blockbuster” names. This leaves little money or interest in cultivating emerging and midlist authors, and some professional writers are giving up the gauntlet and self-publishing to make their books a reality.

Williams turned to self-publishing after learning that his book wouldn’t get much media support or advertising from a publishing house. “I floated the idea with a couple of publisher contacts but they felt like it was going to be a challenge because no one had heard of him. They suggested I write about someone people knew so that it would sell…but that’s no fun.”

So, how did this self-published book stack up against a traditionally published biography? As a journalist by trade, Williams knows how to craft a story, and a detailed bibliography highlights the author’s commitment to getting the facts right. But Williams didn’t just write everything in a Word document and then upload it to a self-publishing website–this sophisticated production was professionally edited, proofread, and designed. Williams put together the press release as well as a landing page for the book, and maintains robust Twitter and Instagram accounts. In short, he and a production team did everything a traditional publisher would have done, the entire package signaling a positive turn in the evolution of self-publishing. It’s not magic; it’s hustle and elbow grease, but the result is proof positive that a self-published book can be worthwhile and enjoyable, perhaps a harbinger of more well-crafted, thoughtful books written outside the mainstream publication route.

Now comes the hard part–getting the word out that An Odd Book is very much worth reading. Like his subject, Williams is tenaciously reaching out to readers through a carefully calibrated media blitz, one that will hopefully pay off. We wish him the very best of luck that An Odd Book finds an appreciative audience eager to read about a man whose words defined an era over a century ago.

Find out more about the book, as well as how to get a copy for yourself, here.