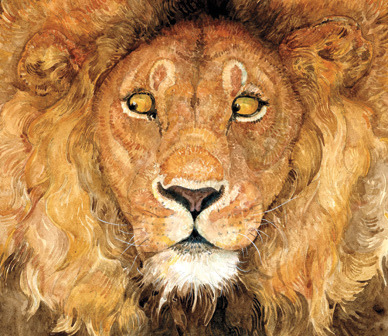 Illustration from The Lion and the Mouse © 2009 Jerry Pinkney Studio. All rights reserved.

Celebrating Independence Day in Philadelphia will be especially patriotic next week, because two of the city’s museums have just installed exhibits dedicated to a pair of America’s most celebrated and accomplished artists.

The Philadelphia Museum of Art opened an exhibition two days ago showcasing the work of Caldecott award-winning illustrator Jerry Pinkney.  (June 26th has also been declared Jerry Pinkney day in the city and throughout the Commonwealth.) Five decades of images are on view, ranging from Pinkey’s work on children’s books, record album covers, and even advertising campaigns. The Philadelphia-born artist will be at the museum on July 7th reading and signing books.

Across town, the Rosenbach Museum and Library is displaying manuscripts and drawings for Maurice Sendak’s Where the Wild Things Are.  The museum is the repository for the majority of Sendak’s papers, and The Night Max Wore His Wolf Suit: 50 Years of Wild Things  showcases his original work. 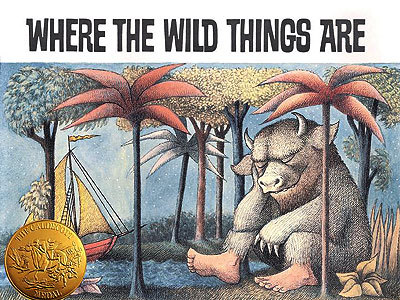 Sendak’s relationship with the Rosenbach dates to 1966, when the author began to make use of the library archives. Soon after, Sendak began depositing his own work at the museum, and continued to do so for the ensuing decades.

If trekking to Philadelphia isn’t in the cards right now, these exhibits will be around for awhile. Witness: The Art of Jerry Pinkney is open to the public from June 28th  through September 22nd and the Sendak show runs through March 2014.

View all posts by literaryfeatures