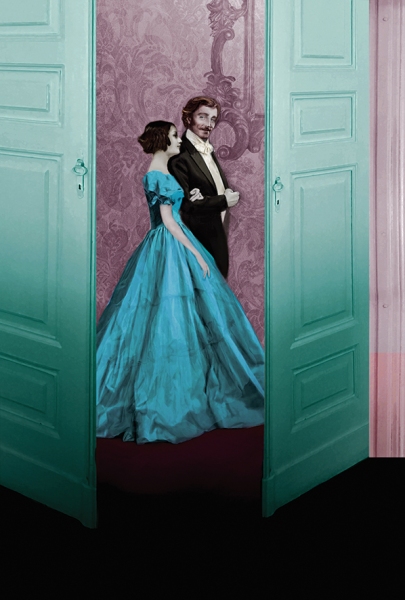 As the youngest Bronte sister, Anne (1820-1849) was hardly a wallflower, but she is perhaps the least known. In her twenty-nine years she managed to compose poetry and two novels before succumbing to pulmonary tuberculosis. Her last novel, The Tenant of Wildfell Hall, published under the pseudonym Acton Bell, was an instant success and sent shockwaves through Victorian society. The story centers on Helen Graham, a recent arrival to Wildfell whose mysterious background intrigues fellow tenant Gilbart Markham. Contemporary readers were scandalized by Bronte’s descriptions of alcoholism, domestic violence, and her unvarnished views on motherhood. In the introduction to the second edition, Bronte minced no words on her goals for Wildfell:

“When we have to do with vice and vicious characters, I maintain it is better to depict them as they really are than as they would wish to appear. To represent a bad thing in its least offensive light, is doubtless the most agreeable course for a writer of fiction to pursue; but is it the most honest, or the safest? Is it better to reveal the snares and pitfalls of life to the young and thoughtless traveller, or to cover them with branches and flowers? O Reader! if there were less of this delicate concealment of facts–this whispering ‘Peace, peace’, when there is no peace, there would be less of sin and misery to the young of both sexes who are left to wring their bitter knowledge from experience.”

After her untimely death, Anne’s older sister Charlotte suppressed subsequent English editions of the novel, saying that it was not worthy of preservation and that Anne wasn’t in her right mind when she wrote Wildfell. The book was ultimately re-published in 1854, but was rife with errors and massive omissions, eventually earning the moniker of “the mutilated texts.”

To mark the 200th anniversary of Bronte’s birth, which was January 17th, the Folio Society has issued a new edition based on the first printing complete with edgy new illustrations by Valentina Catto and an introduction by Girl with a Pearl Earring author Tracy Chevalier. This edition of Wildfell Hall completes the Folio Society’s triptych of Bronte bestsellers, Jane Eyre and Wuthering Heights.

According to Chevalier, “Wildfell Hall is a different, wilder beast–perhaps too wild for its time.” Though radical and revolutionary for genteel 19th-century readers, The Tenant of Wildfell Hall will no doubt resonate with readers in 2020 and finally establish Anne Bronte as a literary equal to her sisters.