Last week, children’s book author Tracey Baptiste visited The Voracious Reader bookstore in Larchmont, New York, to talk about her latest book Rise of the Jumbies (Algonquin 2017). Afterwards, Abbie had a chance to sit down with the award-winning author and ask Baptiste a few questions about characters and craft.

First, a little background: Raised in Trinidad on a steady diet of rich fairy tales filled with mythical beasts and monsters, Baptiste eventually decided that the world beyond her island ought to learn about these tales, too. Rise of the Jumbies is the second in the Jumbies series for middle-grade readers. Jumbies are creatures that roam the Carribbean at night, with the sole purpose to devour wayward children. Their queen is Mama Dl’eau, a merciless sea creature who turns people into stone.

In book one, Baptiste’s main character, Corrine, must stop a jumbie from taking over the island. Corrine returns in book two, which gets even darker with an exploration of the slave trade–important, Baptiste says, for all children to learn about, even when it’s difficult to fully comprehend. Rise of the Jumbies illustrates that though there’s much pain associated with Caribbean history, beauty can rise from it as well. 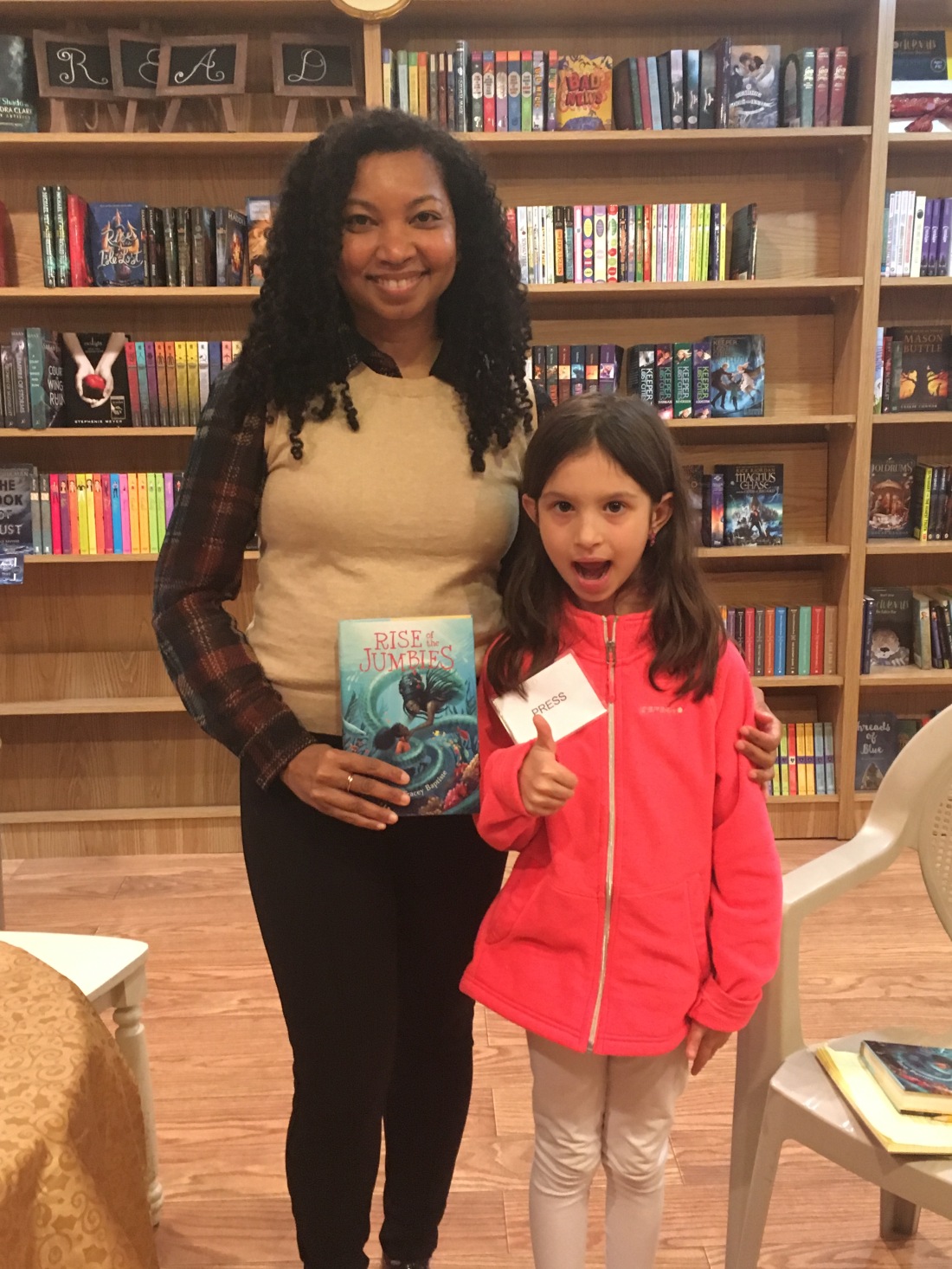 (Yes, that’s a press badge–never leave home without it!)