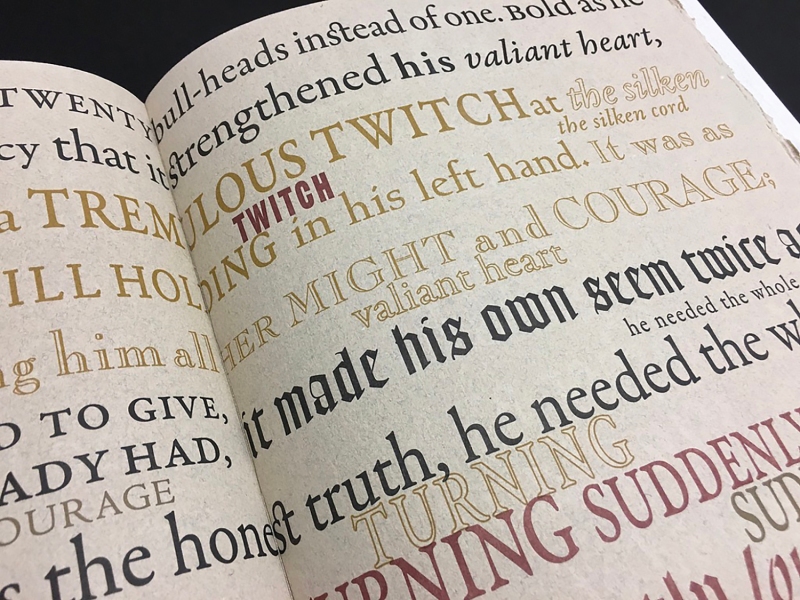 Intima Press recently published a new illustrated edition of “The Minotaur” by Nathaniel Hawthorne–you can read the story at the Fine Books Blog–and we’re sharing below a sampling of this exquisite piece of letterpress printing and design. All images courtesy of Mindy Belloff. 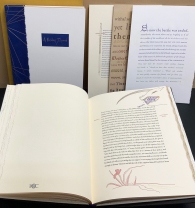 California bibliophiles 35 and under: the Southern & Northern California Chapters of the Antiquarian Booksellers’ Association of America has announced its second annual Young Book Collector’s Prize for Golden State-based collectors.

The first-place winner receives a gift certificate of $500 to spend at the 2020 California International Antiquarian Book Fair where the winner’s collection will be on display, a year’s membership to the Book Club of California, the Bibliographical Society of America, and a year’s subscription to both The Book Collector and Fine Books & Collections. 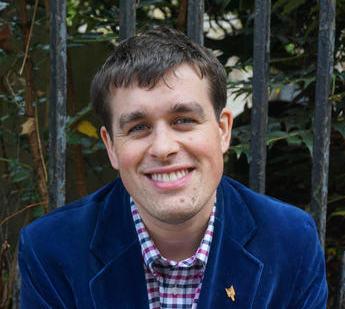 The inaugural first prize went to Matthew Wills of La Jolla, a PhD candidate in modern Chinese history at UC San Diego, whose collection centered on anti-Confucian propaganda during the founding years of the People’s Republic of China. “[As an] historian and bibliographer, I research the history of book publishing and propaganda in Chairman Mao’s China,” Wills said in a statement. “In particular, I study books that show the Communist state’s hostility to China’s Confucian traditions.” Will’s winning collection totaled over 700 items, with editions in different languages including Braille, and comic books. Nate Pedersen interviewed Wills for FB&C on the eve of his win last February.

Submissions must be received by December 1, 2019. More details are at the California Book Fair website. 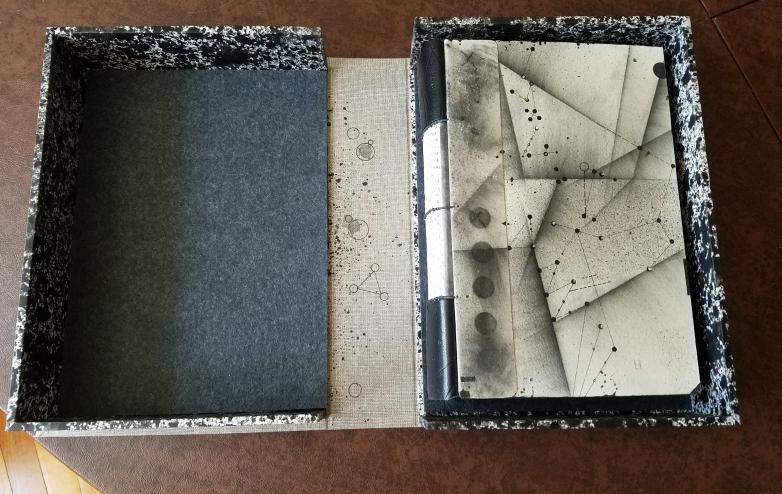 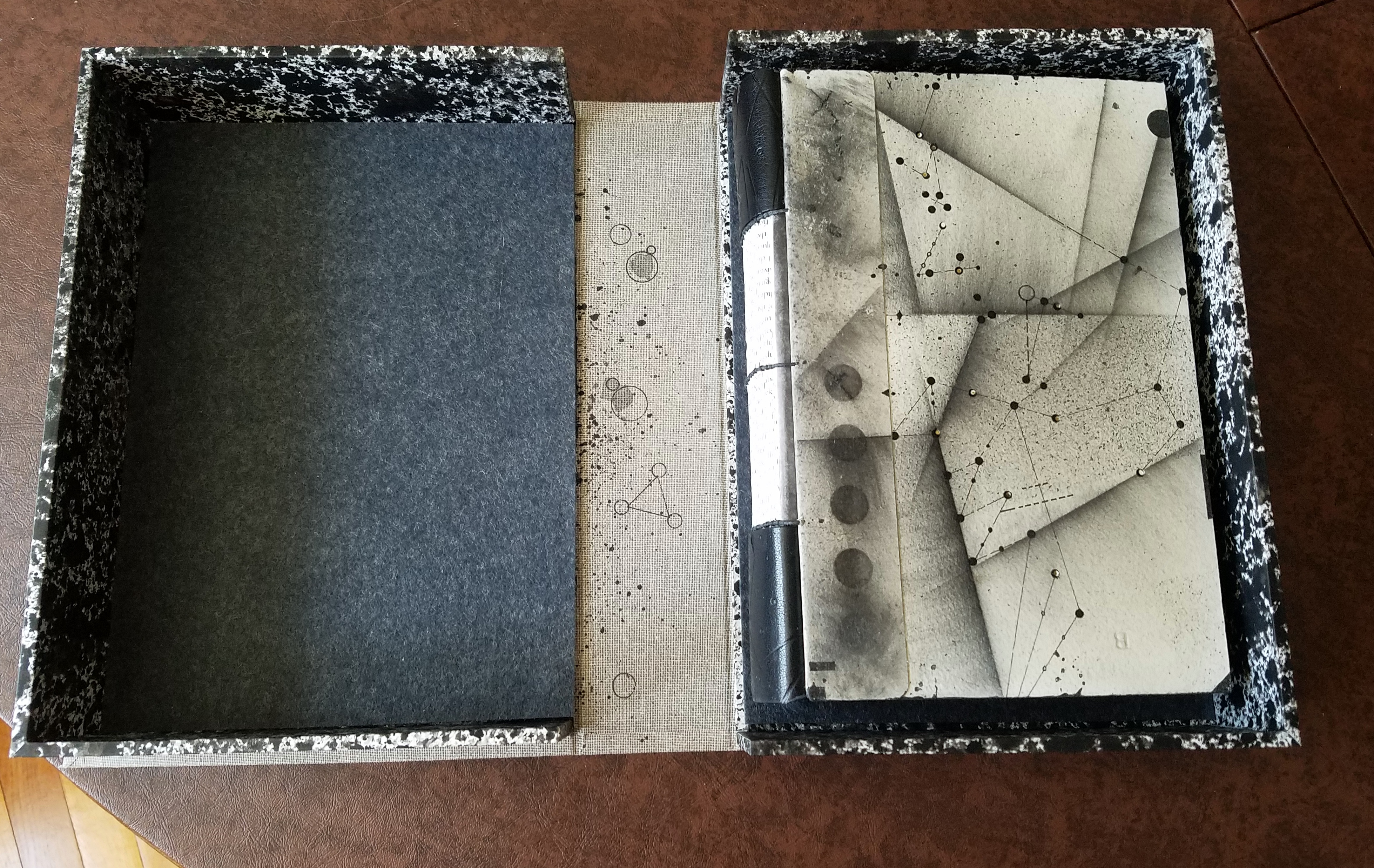 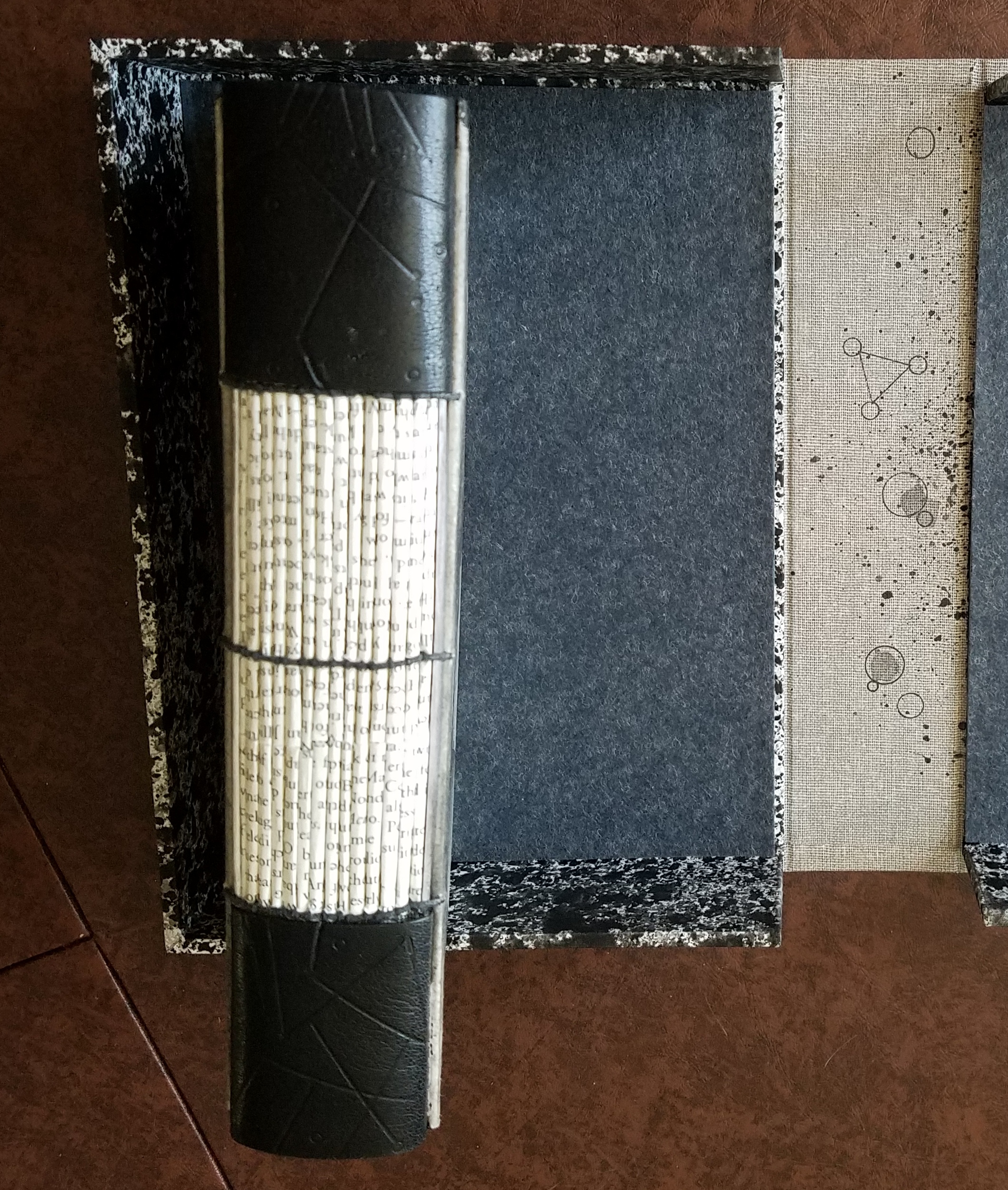 Could Macbeth be to Halloween what A Christmas Carol is to Noël? Based on the number performances starring the Thane of Cawdor this month, all signs seem to point to yes. Among the various renditions, Shakespeare’s tragedy exploring the darkest and bloodiest elements of human nature appears in wildly different venues on either ends of the country this month. Starting October 20 and running through November 3, the Shakespeare Center of Los Angeles opens its “immersive” production of Macbeth. Directed by former Royal Shakespeare Company member Kenn Sabberton, The Tragedie of Macbeth is set in a haunted house where audience members walk through the play as it is happening. The show starts in the Shakespeare Center’s parking garage, which stands in for the mysterious witches’ heath, then winds its way through the castle. Pared down to seventy minutes with nine actors playing everyone from Macbeth to Banquo, the intimate nature of the show limits fifty spectators per performance.
In Cambridge, Massachusetts, catch a glimpse of Macbeth through the fog art installation currently set up at Harvard University’s Arnold Arboretum. Fog x Macbeth takes place on Sunday, October 21 at 5 pm, and like the Shakespeare Center’s adaptation, it is an abridged portrayal. This show is part of a larger exhibition by Japanese fog artist Fujito Nakaya, whose five fog sculptures situated in and around Boston are helping celebrate the twenty-year anniversary of the Emerald Lake Conservancy, a group dedicated to conserving the area’s century-old park system created by Frederick Law Olmstead. The Actor’s Shakespeare Project  (ASP), a Boston-based theater company whose mission is to share Shakespeare’s immortal words with contemporary audiences, uses an adaptation by playwright Migdalia Cruz, whose full play is on stage now through November 11 at Brookline’s United Parish.

Meanwhile, with jets of gray mist pulsing at various intervals as the backdrop, Sunday’s free presentation will take place on the lawn next to the arboretum’s Hunnewell building. Audience members are welcome to bring lawn chairs or blankets and are encouraged to dress for the elements.

And finally, Macbeth was recently staged at a place where both actors and audience members deeply related to the characters they portrayed: Twin Rivers Correctional Institution in Umatilla, Oregon. One of the actors portraying Macbeth is currently serving life in prison for murder. (Reporter Noelle Crombie at the Oregonian goes into great detail about the performance and the organizations that bring acting programs to inmates.)

“I have done the deed” takes on new meaning, doesn’t it?

The year-end fundraiser to keep Booklyn in Brooklyn is nearing its final days. Founded in 1999, the non-profit artists and bookmakers association has promoted, documented, and distributed artists’ books to the general public and educational institutions, dedicated to education through the exhibition and distribution of art books and prints. (For a thorough examination, read A.N. Devers’ piece about the nonprofit here, from the Fine Books & Collections Spring 2015 issue.)
Having long ago grown out of its 600-square-foot studio in Greenpoint, the organization has been on the hunt for a new home, and was recently invited to take up residence at ArtBuilt Brooklyn, a 50,000-square-foot art community at the Brooklyn Army Terminal. There, Booklyn will have a production studio, art gallery, event space, and an office to continue producing artists’ books.

To fund the move, Booklyn went to Kickstarter. Read the rest of the story on the Fine Books Blog. Then see all the goodies available to donors here.

The Boston International Antiquarian Book Fair opened Friday, the perfect prompt to preview one of the show’s incredible highlights, courtesy of John Windle: two original etchings from William Blake’s Songs of Innocence and a single relief etching of the poem “Holy Thursday.”

First, a little background: In the 1780s, Blake revived the art of manuscript illumination, believing, in part, that the Industrial Revolution had degraded an art form into nothing more than a simple commodity. In response, Blake and his wife Catherine painstakingly printed, bound, and hand colored each book he produced. Few originals survive–only nine copies of The Marriage of Heaven and Hell are known to exist, for example. Slightly more endure–forty, to be precise–of Songs of Innocence, the first of Blake’s illuminated works and is a celebration of youthful innocence.  Find out more, and how much these treasures cost, at the Fine Books Blog.

In January, bookseller Bernard Rosenthal passed away in Oakland, California, at the age of 96. Rosenthal was born in Munich in 1920 into a family of booksellers known throughout the industry as the “Rosenthal Dynasty.” Part of the massive exodus of Jewish antiquarian booksellers from Germany during the Nazi regime–the “gentle invaders” as Rosenthal called them–he ended up in New York, where he set up shop in the 1950s. Rosenthal eventually moved to Berkeley, where he focused on medieval manuscripts and early printed books. (For more on Rosenthal and fellow emigré booksellers of the early 20th century, read Nick Basbanes’ chapter “Hunters and Gatherers” in Patience & Fortitude.)

Rosenthal’s catalogs became the stuff of legend in the antiquarian world, in which he described easily overlooked details and craftsmanship that only came to light after careful examination of the item at hand. “We have committed the cardinal sin of the bookseller: we have READ most of these books…which has, however, brought some surprising results,” Rosenthal wrote in one of his early catalogs.

Fellow bookseller Ian Jackson recently wrote a biography on Rosenthal–read all about it at the Fine Books Blog.

Fittingly, a new exhibition on witchcraft opened on Halloween at Cornell University. Pulled from the university’s Witchcraft Collection, The World Bewitch’d spans five hundred years of witch-related material: trial documents, religious texts, spells, and even confessions explore a group of people, often women, marginalized and ostracized from society, with the core of the material hailing from Germany and France. The highlight of the show includes the first book on witchcraft ever printed, as well as handwritten transcripts from European witchcraft trials. Throughout history, witches were often portrayed as either ugly old hags or as alluring seductresses, and the show explores how that view has changed–or not–with the passage of time.  Read more on the Fine Books Blog.

Massachusetts has an over two-hundred-year connection with the Rainbow State. Back in the early 1800s, missionaries sailed from Boston to Hawai’i, determined to convert the locals and also to bring the wonders of print to those distant shores. Along with religious fervor, the missionaries also brought a second-hand printing press, kickstarting an impressive outpouring of printed material in Hawai’i. Read all about it on the Fine Books Blog.

Left Bank Books is back, but without the brick and mortar setup. Erik DuRon and artist Jess Kuronen recently relaunched the Greenwich Village book hub as an online shop with a curated inventory of vintage, collectible and rare materials. Both worked briefly at the old Left Bank Books before it shuttered in 2016. They kindly answered a few questions recently about the relaunch and what it’s been like to transition to a digital bookstore.

Best of luck to the latest incarnation of Left Bank Books–be sure to visit their website here, and read my Q&A with the new owners on the Fine Books Blog.